Fruit flies are the worst of their kind. They’re small, fast and they feast on anything decaying. Now if only you can only have the answers on how to eliminate fruit flies, then things won’t be such a hassle. Well then read on. You just might find the answers you’re looking for.

Get to Know the Enemy

There are over 100,000 species of flies and all of them are annoying. Much like butterflies they go through the same metamorphosis. However, unlike the butterfly they will feast on anything that decompose. Fruit flies specifically favor rotting fruits. They breed in fermenting beer, perishable vegetables, mops, rags, drains, leaks from appliances and even pet food. Therefore, they can be lurking inside your house and you don’t even know it.

Flies, in general, are carriers of many diseases as they frequent unsanitary places, objects or food. Not to mention their restlessness and ability to fly far and at a fast rate make them the number one and most effective transporter of infection, food poisoning, and various contaminations. Their size, which is 1/8 of an inch, and their light colored bodies make them almost stealthy. That’s why finding their lair is one of the most daunting tasks you’ll ever have to do.

Fruit flies usually breed in somewhere wet as discussed above. Note though that the source could be some 500 to 800 meters away from the point of infestation. However, before you wear your gloves and take out your magnifying glass, be sure to have ammunition ready. You’ll never know what’s in the motherland and it maybe too late to turn back to get a match.

Once you get to the source of all flying evil, there are some tried and tested ways (and chemicals) that can help you zero out the fly population.

Insect Repellents, both natural and chemical, can help reduce and resist fly infestation. Environmentalist and pet lovers due to its negative effect to both usually frown at fly sprays available in the market.

The powerful toxin called dichlorvos found in fly sprays is a carcinogenic compound or cancer-causing agent. So what can be an alternative? Surprisingly, dish soap makes an effective fly killer.

Simply add 5 to 7 drops of dish soap to 2 cups of warm water, load it in a spray bottle and you’ve got yourself an eco-friendly fly killer spray.

Flytraps are also common sights to houses with existing fly problems. The use of flypapers and bug vacuums around the house has had successes in trapping and killing flies.

However, if you want to take matters into your own hands, a fly swatter is highly mechanical but very effective. You can use a fly gun, a roll of newspaper or even a rubber band to hunt the scheming insect. Agile hands are required and being undetectable is a success booster.

Lastly, there are electrical means to achieve the same results as swatting the flies one by one. An electric handheld fly swatter may look like your average racket but to a fly, it’s as deadly as it gets.

Charged between 1000 to 2500 volts, any fly that touches the electrical surface in the middle is fried to perfection. Electric Fly Catchers are also a staple on any home improvement store.

Plug it in directly to the switch and it turns on a blue light that serve as an attractive beacon to the flies. In addition, like moths to a flame, they line up one by one to their final execution.

Prevention is better than Cure

With extreme effort, you may be able to zero out the flies in your home. So what’s to stop them from coming back? The following ideas just might help.

There are certain plants can deter flies from entering your home. Aromatic plants like mint, basil, elder and lavender gives out soothing odors that humans like but are despised by flies and other pesky insects. You keep the house smelling naturally fresh and the flies are kept at bay-a win-win situation.

Flies are said to have 8000 lenses in their eyes and are naturally afraid of changing light patterns. Hanging a bag of water all over your house can help keep the flies away by using sunlight. As the sunlight reflects on the water bags, the fly sees this as movements in the light patterns caused by someone or something. Now who says fear is not effective?

Flies hate smoke. Whether coming from a pest control machine or a burning candle, flies can’t stand smoke. Get the regular citronella candles or some scented candles in lavender aroma to drive away flies and keep the home smelling great.

These are just some of the tried and tested ways on how to eliminate fruit flies or any kind of fly for that matter. The key is keeping clean, keep them fresh, and keeping yourself on the look out for places they can hide and spread. Just always, remember, if flies can fly, they can surely die. 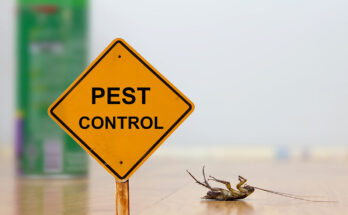 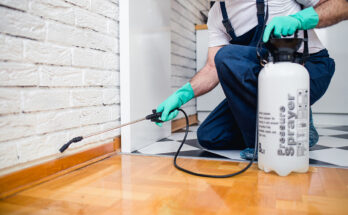 How To Budget For Your Roof Maintenance

Pest Control: Use This Helpful Advice