There is scarcely a blade of grass on Eleuthera, the Bahamian island where my wife and I recently celebrated our 30th wedding anniversary. The 110-mile-long island is mostly a tropical limestone desert, fringed by pink sand beaches but otherwise covered with salt ponds, thorny scrub and some Australian pines.

That was not good enough for Sidney D. Torres IV.

Torres, 38, is what my colleagues and I call a serial entrepreneur. He starts businesses with the enthusiasm that other men devote to their fantasy sports teams. The product of a Louisiana family of lawyers and politicians, Torres got his professional start as a personal assistant to singer-songwriter Lenny Kravitz, whom Torres met while in high school. The rocker lifestyle did not offer much of a future, however, and Torres’ career really got rolling when he began renovating houses in New Orleans. This led him into developing condominiums and running three boutique hotels, all before Hurricane Katrina arrived two days after Torres’ 30th birthday.

With much of the city a fetid mess, you might assume was a bleak time for someone who ran luxury lodgings and developed high-end properties. But the government officials and private contractors who descended on New Orleans to supervise reconstruction had to sleep someplace, and the city needed to be cleaned up.

So Torres set about providing housing for the out-of-towners. And since municipal services like trash hauling were all but nonexistent, he started taking away the trash for his hotels. This led him into his next venture, a commercial trash-hauling business that soon had the French Quarter looking clean and smelling fresh. Torres built SDT Waste and Debris Services, LLC into an enterprise with more than 250 trucks and 500 employees before selling to a national company in 2011.

Along the way, Torres developed ties to Eleuthera, where Kravitz had a home. (Kravitz’ mother, actress Roxie Roker, has Bahamian roots.) This led Torres, last year, to purchase The Cove, a high-end but small resort that had struggled financially for years. Torres loved the 40-acre property – and immediately began changing everything about it.

He started with the grass. Torres envisioned a soft green carpet that began at the front steps of each of the resort’s cottages and rolled invitingly down to the two private beaches and up to the high bluffs facing the sunset across Exuma Sound. Like most everything else one might need to build a luxury resort on Eleuthera, the grass had to come from elsewhere. Torres picked a hardy species of zoysia, which tolerates heat and salt and forms a much softer carpet than Florida’s more typical St. Augustine grass. He had thousands of square yards of zoysia turf flown in from Tampa.

He set about gutting and renovating the resort’s existing 60 rooms and has plans to build up to 60 more. Eleuthera is close enough to Florida to fit in DirectTV’s satellite footprint. Watching TV on the guest rooms’ new flat-screen televisions is like watching TV in Miami, though of course nobody comes to Eleuthera to watch TV. The surprise was the resort’s Wi-Fi – fast and ubiquitous, from the room to the restaurant to the beaches. My wife and I not being much for night life, our evening entertainment came not from the television, but from watching our own DVR recordings from home, which we can access anywhere – given a good Internet connection – via the Slingbox in our family room.

Torres is no absentee owner. He and his dog Lady, a yellow half-retriever, half-collie mix, seemed to be everywhere, all the time. They greeted us on check-in, waved to us around the resort and joined us at the beach, where Lady splashed far out into the cove to see what we found so interesting as we snorkeled. (The two beaches are each half-surrounded by coral reefs that attract the usual varieties of tropical fish.) One evening, as we set out for a pre-dinner swim, Torres intercepted us because a construction crew was working on erecting new villas nearby. Once he confirmed that we were going swimming, he radioed the tractor driver and told him to park the rig so we could enjoy our time in the water without the noise.

A high-end resort cannot function without great food and a great staff. This, too, had to be created nearly from scratch. Torres established what is probably the best restaurant on the island, one where the menu is just a suggestion – the chef is happy to prepare pretty much whatever you might ask for. Torres also hired enough locals to make his resort the biggest employer on Eleuthera (and enough to attract support from the Bahamas’ political establishment, including Prime Minister Perry Christie), but he seeded the staff with experienced hospitality workers who he rounded up from around the Caribbean. Some of the workers originally came from as far away as the Himalayan nation of Bhutan.

A resort also needs easy access for guests. During one of our excursions, my wife and I met another American couple at a grocery store in Governor’s Harbour, a community halfway down the island. It was Tuesday afternoon. The couple had just arrived after setting out from Washington’s Dulles airport on Sunday morning, due to cancelled flights and missed connections. The couple’s luggage was, at that very moment, in Cleveland.

Torres wants to spare his guests such experiences, so he has set up his own air service – using his personal jet and several leased planes – from Fort Lauderdale. Nonstop commercial flights are also available from Miami and Fort Lauderdale-Hollywood International Airport. My wife and I flew commercial from Fort Lauderdale on Silver Airways, whose 34-passenger Saab turboprop made the crossing to North Eleuthera in about an hour.

In all, Torres is pouring $30 million of his fortune, and probably a lot more of his heart and soul, into his reinvention of The Cove.

We often talk about entrepreneurs trying to achieve a “vision,” to the point that the phrasing has become trite. Watching Torres at The Cove reminded me how literally the word applies. The act of building an enterprise starts with seeing something that isn’t there, but which could be. Even something as basic as grass. 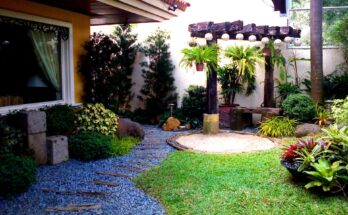 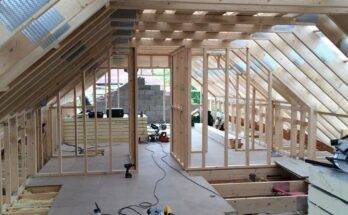 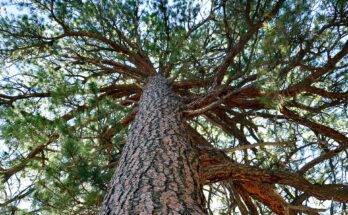 The Pine Trees of Washington State