If you have a fireplace or thinking about buying a fire place to have in your own dwelling, you should know about its origins

Ahhh… History of the Fireplace…

Interesting? or course it is. That fire that has been warming your bootie for your whole life came from somewhere, and what a start it had.

Our caveman ancestor’s ability to master fire or you could say harness it, was an important turning point for the cultural aspect of all human evolution.

Homo erectus was the first human being to have proven to master the benefits of fire, about 400.000 years ago.

Since the time of the good old caveman and his harnessing of fire, he found out that fire was also good for cooking apart from keeping him warm and warding off the big bad preditors mainly in the middle of the scary night.

Very dark scary nights I may add. not that I was there, but I can imagine it with those big beasts coming out and with only a cave to keep them sheltered the fire brought in light and warmth as well to the cave.

Moving on a little in time…

We all know that fire has been an important factor in our human development.

Among other things, it allowed our ancestors to move to colder regions of our planet, revolutionized the cooking styles of every culture, and was important to keep the food rations as you would say… “Come on over to my house, let’s have a feast’…

When Were Fireplaces Invented?

Yes, no more firepits for a while, well they have come back no a days with vengeance, but the fire was enclosed to the elements. Not only taming the flame which kept dancing around whenever a gust of wind came along. It also would go out if a big enough gust swept through.

Anyway… the enclosed fireplace also intensified the heat of the fire, thus giving a projected heat to where it was most needed, towards your bootie, and also gave a quicker cooking time.

When the fireplace was moved to the wall, this was the time when the chimney had been invented to expel the smoke upward out of the dwelling.

In early days the fire was not contained between two walls, instead of being centered in a dwelling where all the smoke would bellow around the occupants inside the dwelling making it quite smoky indeed.

I can see allot of coughing and smoky clothes going on here.

Then it dawned upon men to put a hole in the roof for the escaping smoke, but this did not really go well if it was raining, as the rain would find its way in through that hole in the roof.

The other downer was that the rain falling through the hole in the roof would also put out the fire.

A smart cookie decided to put the first enclosed fireplace in the house, but what about the two-story building, this still was a problem.

Could not have a hole going through all the roofs in the house, so the fire place went to the wall literally.

This way the chimney was invented so that all the smoke could go out up the chimney as many floors as it wanted and let out at the very top of the building.

Now that they had tamed the fires for their warmth and cooking abilities, they could move on to more elaborate designs to show off to their visitors, and even more efficient fireplace designs that have paved the way to the fire place insurgence that we have seen today.

Truly.. the dancing flame is something that we can’t ignore or be replaced for the comfort of our well being and cozy feeling.

You can now appreciate your fireplace more if it not having you wanting for the fireplace in your own home now. 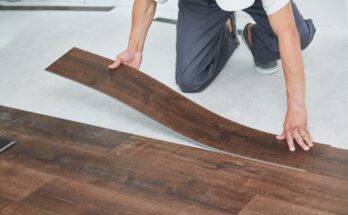 How to Install Tiles the Right Way 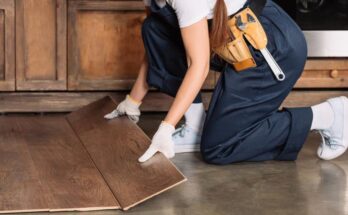 Bamboo Flooring Is the Latest Trend in Flooring